Timbergrove Manor is a deed-restricted neighborhood located approximately 7 miles northwest of Downtown Houston. Located inside the 610 Loop and just west of the Houston Heights, Timbergrove Manor is situated along the wooded banks of White Oak Bayou in the near northwest quadrant of the city.

Originally settled by German farmers in the late 1800s, the area was the site of a major oil discovery in the 1930s known as "Eureka." Reminders of that distant past remain in a nearby railroad yard, still called the Eureka Yard, and one of the original churches, built by early settlers in 1891, St. John's German Lutheran Church, that still exists, although it now resides in Downtown's Sam Houston Park.

After World War II, this area remained largely wooded and undeveloped while suburban growth was exploding in every other direction of Houston. However, by the 1950s, residential development finally emerged in the area beginning with Timbergrove Manor, followed by Lazybrook. Timbergrove Manor was named for the many pine trees sheltering the area, while Lazybrook was named for White Oak Bayou, which forms the neighborhood's eastern boundary.

The City of Houston operates parks within and around the Timbergrove neighborhood. Parks in the area include: West 11th Street Park, Timbergrove Manor Park, Jaycee Park and T.C. Jester Parkway

The West White Oak Bayou Trail begins in Timbergrove Manor and runs along the banks of the bayou, parallel to T. C. Jester Boulevard, from 11th Street, through Lazybrook and Oak Forest. The White Oak Bayou Trail provides bicyclists and pedestrians a 7.4-mile (11.9 km) long mostly concrete and asphalt trail. Passing through several parks, the trail is lighted and includes protective railings in some areas.

The best part of your day may be coming home to your new Timbergrove home! 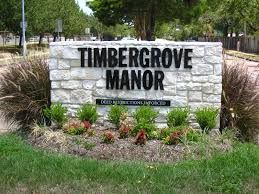 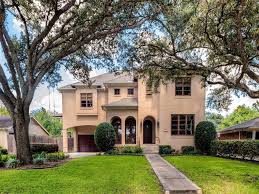 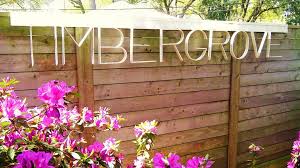 All information is subject to change and should be independently verified. Copyright© 2021, HOUSTON REALTORS® INFORMATION SERVICE, INC. All Rights Reserved by Houston Association of Realtors

Thank you for contacting us, we'll get back to you shortly.

Sorry, we are unable to send your message at the moment. Please try again later.